Are you Waiting for Google to Update Panda or Penguin?

Google has not released major updates to Penguin and Panda since October 2014. Since then, there have been some minor refreshes, but many frustrated webmasters are still waiting for Google to recognize the hard work they have done to bring their sites up to standards. There is light at the end of the tunnel for those waiting for Panda, but for the many websites that are still suffering from Penguin penalties, relief is apparently nowhere in sight. 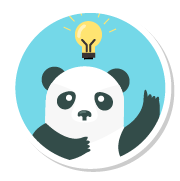 Panda: A New Update is Imminent

Panda had been issuing regular refreshes at the rate of at least once a month — and then in October of 2014, the updates suddenly stopped. Google responded to the ensuing flood of inquiries with its trademark vague, open-ended answers — but it is now clear that the wait will soon be over.

In early June, Google announced at SMX Advanced that a Panda update could be expected within 2-4 weeks. Historically, Google likes to time the release of major algorithm updates in coordination with big SEO conferences, such as Mozcon in Seattle, which ran from July 13-15.

In response to a Twitter inquiry regarding the status of the update, Google’s Gary Illyes tweeted on July 9: “… it’s still in the ‘soon’ phase, but can’t give an ETA for technical reasons.”

No one outside of Google knows what those “technical reasons” are, but one industry publication speculated that the language could be in reference to Google’s historical reluctance to pre-announce updates that aren’t mobile friendly. 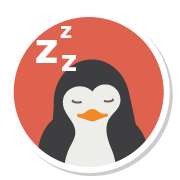 Penguin: No Immediate Light at the End of the Tunnel

Like Panda, Penguin also suddenly stopped refreshing in October 2014. There have been a few small, inconsequential refreshes, the last of which occurred on December 6. Since then, however, there has been no activity whatsoever.

Essentially, Google has not changed the Penguin algorithm in nearly two years. This lack of activity is remarkable, unprecedented and agonizing for the webmasters who have painstakingly worked to bring their sites up to Penguin standards. Many sites have worked diligently to perform comprehensive link cleanups, disavows, backlink assessments and other tasks required for Penguin recovery.

Although these delays are obviously handicapping these sites, those who worked hard to comply with Penguin shouldn’t expect relief any time soon. On July 10th, Gary Illyes tweeted that a Penguin update, which could finally give these websites a clean slate, is still months — yes months — away. In response to a follow-up tweet, Illyes confirmed that algorithms will run and refresh faster whenever the update finally arrives.

It has been reported that Google is working to make Penguin run in real time with continuously fresh link updates. Currently, Penguin relies on manually assisted rollouts that require sluggish “data pushes.”

It appears that a Panda refresh is imminent. Although there hasn’t been an update since October 2014, all signs point to the fact that the wait is almost over. Website owners waiting for relief from Penguin, however, can expect to languish in limbo for at least several more months.