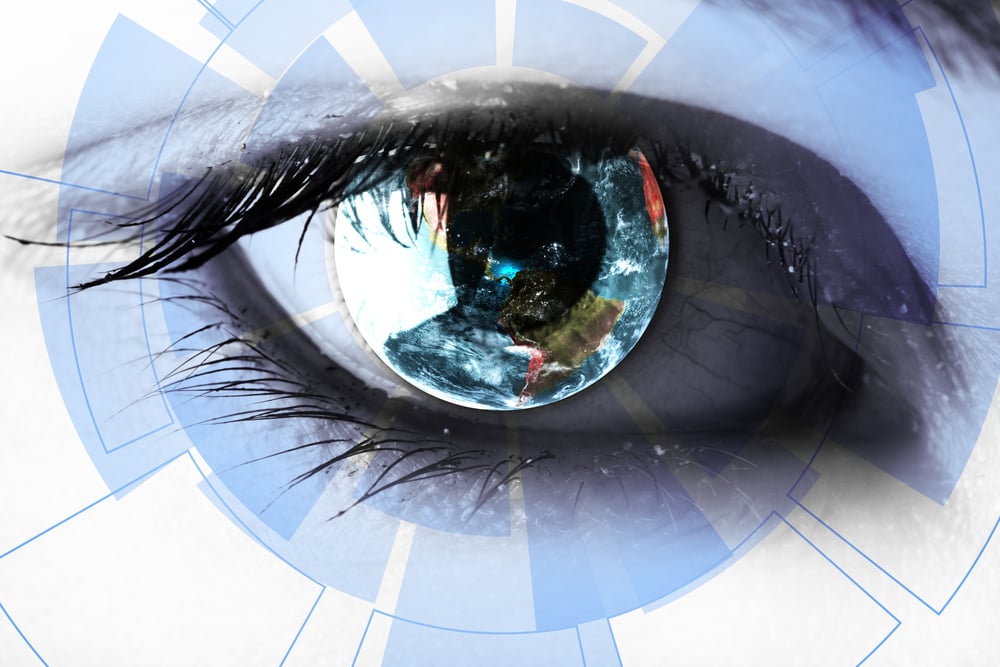 There’s been a lot of buzz over the past week about Facebook’s plans to buy out Oculus VR, and what that might mean for the future of virtual reality.  But seeing how deeply social has become integrated in our way of life, maybe we should all be asking a larger, more basic question: What does this mean for the future of reality itself?

Before delving into that mind-twisting inquiry, it’s important to understand the context for this potential looming paradigm shift.

That just sounds like something out of a Syfy channel original movie.  But don’t write it off for that reason alone; there’s some actual production value here.  For a taste of what the Oculus Rift can do, look no further than Firebox, a program designed by a Ph.D. student with the intent to showcase Oculus capabilities. It takes the standard web browser experience and transforms it into an immersive, explorable webscape, where your head and eye movements correspond to your on-screen view.

But that’s just virtual reality, right?  I mean, this kind of thing has been around since the 90’s. What makes the Oculus Rift so special?  That’s the 2 billion dollar question, with an answer so simple and redundant, it almost undermines our entire concept of technological evolution.

There may be better VR engines out there, but this is the one that’s getting the giants’ attention.  In the online marketplace, the biggest players take the place of natural selection, so if your product is going to survive, it’s best chance is often to form a symbiotic relationship with a bigger company… like Facebook.

While Google, Apple and Microsoft flaunt their fancy glasses, car computers, and robot armies, Facebook has stayed out of the hardware game.  Why?  Perhaps they just realize it’s an arms race they can’t possibly win.

Be that as it may, Mark Zuckerberg knows he can’t just sit back and let his competitors grow while Facebook fiddles with apps and reductive software updates.  This dilemma brings us back to that idea of re-structuring reality.

In the groundbreaking book, The Structure of Scientific Revolutions, Thomas Khun describes the paradigm shift as a point in a revolution when “one conceptual worldview is replaced by another.”  If the market is to shift in Zuckerberg’s favor, he needs to change not just the way we think about technology and social media, but the way we think about our own existence.

Google and Apple’s marketing strategies embrace the notion that we exist primarily in the physical world, and that technology should be a supplement to that existence.  Apple will go to great lengths to convince us that their devices actually make us closer to the living, breathing world around us.  I mean, we’ve all seen these ridiculous ads, right?

When you’re selling hardware, you can work within this template.  You can present your product as an accent piece to the comfortable world we’ve all grown so accustomed to living in.

Zuckerberg and his people don’t have that luxury.   It’s hard to argue how Facebook helps one stand at the precipice of a fjord and weep for the fading light of a winter solstice, but let’s entertain, for a moment, the fact that even this catharsis is merely a sensory experience within a subjective reality of its own: our physical reality.

Now, what if someone out there could offer us a chance to optimize our own intrapersonal state of being in a way that would make even the Buddha a little jealous.  That’s what Facebook needs to sell us.

Even with the Oculus Rift being thrown into the mix, the core of what Facebook offers isn’t the physical product. Judging by Facebook’s recent strategies, it’s safe to expect that whatever they do will veer in the direction of open-source, customizable to whatever piece of hardware you want to put on your face.

Social networking- and all the apps that go with it- is a virtual product.  Unlike Google and Apple, Facebook needs to draw us into their world, change our perspective to appreciate the value of virtual reality.

What is Virtual Reality, Really?

Our minds have a tendency to go straight to video games or The Matrix, but what does the term actually mean?

If we break down the etymology of the word virtual, we come up with “of virtues” or “possessing the virtues of.”  Combine that with reality, which simply denotes the accepted state of existence, and we have a form of existence that possesses vir

tues of our reality without its limitations.  When you think about it, that’s not such a bad deal. Imagine a world where everyone can interact with one another as the person they believe themselves to be, rather than the corporeal vessel that they were born into.  Existential arguments aside, the opportunities for free expression are awe-inspiring.

Still prefer to stand at the edge of a waterfall with an iPad?  Maybe.  Some of us always will.  Then some of us would rather create that waterfall ourselves, or be able to leap off of it with no fear of repercussion.

With all this abstract talk of new modes of being, it’s easy to lose sight of actual application.  What will this new system actually look like for a typical user?

This post from TechCrunch articulates the implications of taking social media deep into the “metaverse”, as he calls it.  Rather than sharing pages of text and images that represent our crafted online identities, Facebook users will able to share 3D chat room with friends, family, and associates (or at least their avatars).

And it probably won’t be long before this kind of social integration moves beyond Facebook.  Business meetings will be conducted in virtual environments, where professionals can telecommute by logging into their virtual hub and sharing simulated space with their co-workers.  It’ll be an easy way to bring the office environment right into the home.

With all of these functions will inevitably come greater opportunity to customize the way others’ see us.  As we gain more control over ourselves and our environments, the actions and events that follow will acquire a new level of meaning.  Our significant interactions will take place more and more within this new virtual realm.

The Technology of Unified Consciousness Our societal addiction to social media is just evidence of this trend already taking shape.  We like our metaphysical personas.  We like feeling connected to one another.  Physical reality would dictate that distance keeps people apart, but virtual reality allows friends to keep in touch everyday from opposite ends of the world.  Physical reality helps people in power control what knowledge reaches the masses, but Virtual Reality paved the way for Occupy Wall Street and the Arab Spring.

Since the dawn of civilization, prophets, poets and physicists have argued that we’re all connected, separated only by illusions of time, space, and self.

Amidst this world of illusion, why should we cling to the old standard of hardware and fishing trips?  That is the question Facebook must figure out how to pose.  They need to convince us all to stop our weird attempts at reconciling our new media with the outside world (Sorry, but seriously.  Who do they think they’re kidding?)  Instead, let’s bring the outside world into our new media, and let our species’ virtual evolution take its course.