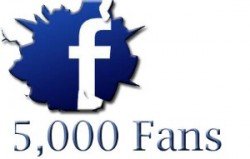 When I was asked this question today, my instinctual response was, HECK YEAH!  Who do I give my money to?

But the answer is not so simple.  It’s a multi-faceted question and requires many considerations.

In Matt Cutt’s video regarding using social shares in their algorithm, he mentions that they can identify patterns for social accounts.

If I were Google, and using social shares as part of their ranking algorithm, they would have to have many safeguards.  They are aware that there are spammers out there and people willing to do whatever they have to do to game the system.  If they publicly state that social shares influences ranking, then of course thousands of spammers are going to rush to create bots to create thousands of accounts with free email accounts and start liking away.  But are those real users?  Do they have friends? Are they sharing content? Are they receiving likes and comments?  What is the authority of each of those likes?

The identity of individual agents responsible for content can be used to influence search ratings.

Assuming that a given agent has a high reputational score, representing an established reputation for authoring valuable content, then additional content authored and signed by that agent will be promoted relative to unsigned content or content from less reputable agents in search results.

Agent means author.  We are all authors now.  If we are sharing content on Twitter, Facebook, or on our own blogs we are authors.  So Google must be scoring us to determine our influence.  Think of Klout.

So, like PageRank, Google is assigning a score to each individual, and then a page is given a score based on the cumulative quality of the users that engaged with it.

Ranking User Generated Web Content, another patent filed by Google, has more information about this:

Methods, systems, and apparatus, including computer programs encoded on computer storage media, for analyzing quality of user-generated content involve identifying interactions between users through an electronic network and assigning a weighting factor to each interaction representing a quality of the interaction. A user credential score is generated for each user based on the weighting factors for each interaction. The user credential scores are stored in association with a user identifier on a computer-readable storage device.

So let’s think about AuthoRank.  As mentioned above, a user credential score is generated for each user, which is query independent but can be different based on the category.  Author A my have 99 points on Gardening but only 12 on foods.  To put it very simply, when  author A engages with a page about gardening, he has 99 points to give out, based on his authority on that topic.  PageRank is divided by the total number of outbound links, but in this case, dividing the points by the total number of engagements may not accurately reflect the value, so it’s possible that there is no division of the “authority” passed on.

Additionally, when analyzing a page, just like Google utilizes Link Velocity as a ranking signal, they must also have Social Velocity as a signal.  If you buy 5000 likes, how quickly were they gained? Are they associated with an event?  If the likes were accumulated very fast, and there isn’t a major event associated with the increase in likes, then it’s a clear indicator that something “fishy” is going on.  If the likes are adding in slowly, again, I would worry about the velocity.  Whatever Social Velocity ratio you establish is one you should maintain, otherwise your page will lose importance.  To drip in 5000 likes in a realistic velocity would likely take many weeks for most businesses (other than large established corporate brands).

Circling back to the original question.  Would I pay $50o for 5,000 Facebook likes?

No.  It would likely be a waste of money, and if anything, may trigger a review of the site which could lead to penalties.

Instead, I’d rather take my $500, invest them in writing and illustrating an awesome super informative ebook, and generating Facebook likes by producing quality content that people love.